DJ XCON is feeling relaxed.3 days ago
This year is full of surprises, and I never saw this one coming! I'm currently working on something a little more meditative than my last few singles while playing with 3D psychoacoustics 💫🤯💫 #meditation #psychoacoustics #calm #relax #selfcare #stayhome

DJ XCON is feeling relaxed.5 days ago
Pressure cleaning while listening to this gem... It's one of the most beautiful pieces of music I have ever heard. It's because of this composition that I finally understood the magic of Aphex Twin. #aphextwin #avril14th

DJ XCON3 weeks ago
Working on a Bandcamp page to manage my Discography. Check it out! https://xcon.bandcamp.com/🎚🎛

DJ XCON is feeling excited.3 weeks ago
I am SO EXCITED for you to hear my 2nd single, Nervous Breakdown!" In the coming weeks, it will be available on iTunes, Spotify, and other distribution channels.

Nervous Breakdown
I’m EXCITED to release a new single called, “Nervous Breakdown!” It’s a Trap banger with some Dubstep influence soon to be available on iTunes, Spotify, and other distributi…
djxcon.com
7 1    View on Facebook

It’s been just over a year since I began using the Numark NV, and it’s still one of the best pieces of gear I have owned. This thing has so much functionality jam-packed into a lightweight portable DJ console. It’s reasonably priced (at least half the price of club-installed equipment), durable, and really fun. Of course, this wouldn’t be a Numark device if you didn’t have to replace the crossfader every year. UGH!

When I started to hear the crossfader bleed channels that should not have otherwise be heard by the audience, it immediately brought back old not-so-fond memories of my first Numark mixer. I lost count of the number of times I had to replace that crossfader and I learned to always carry a spare.

Numark has always been for the “professional, but on a budget” DJ, IMHO. I am totally fine with that too. Numark is actually owned by a company called, inMusic, and you may recognize a few of their other brands. I mention this because it becomes important when your gear needs service. Being out of warranty, I figured I would have to eat the cost of a new crossfader. What I was not prepared for was the $150 price tag! That is roughly 21% of the cost of a new NV!

When I heard the news, I was shocked! The Numark NV was a flagship product that would “change everything,” including the cost of a new crossfader! Without getting into the details, I ended up getting  a new crossfader shipped out and installed (pictures below). A big thank you to inMusic for making this situation right.  That brings me to part 2 of this post.

When you buy a mixer, the first questions you should ask is, ” Is the crossfader user replaceable?”

The second question you should ask is, “Will the Innofader fit the mixer?”

At first glance, I did not see the Numark NV listed on the supported mixers chart. I emailed the support team and they advised that the Innofader PNP P should fit the NV. This model is highly universal and costs about $80. To make sure, I sent Innofader my original Numark NV crossfader and as of this writing, I am waiting on them to receive and review the part. I will update this post once I know for sure.

UPDATE: From Innfofader, “I’m pretty sure the mini Innofader PNP P will work.”

For now, I am up and running with the replacement from Numark and I should be good for another year…hopefully.

Below are the pictures I took while replacing the crossfader: 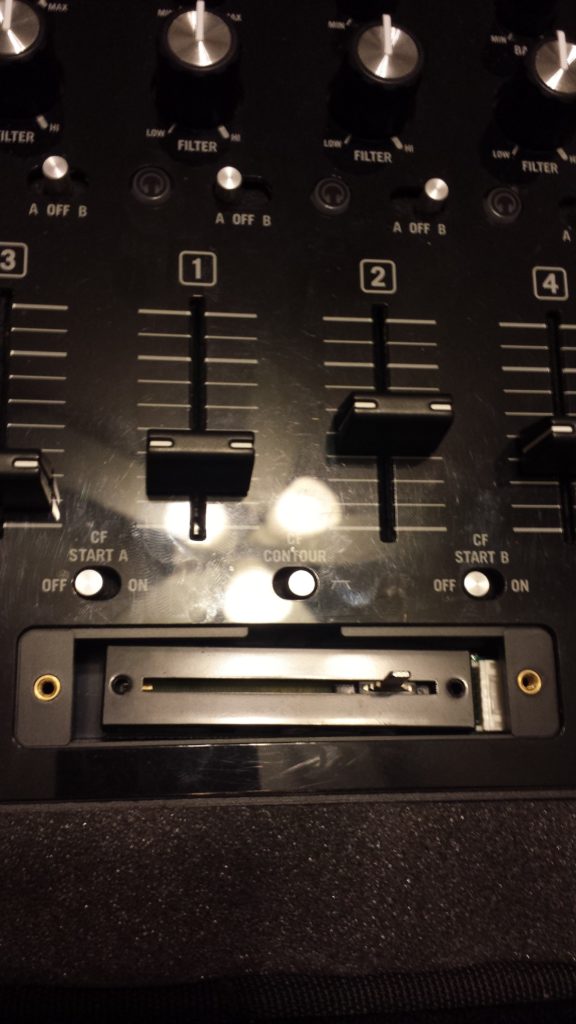 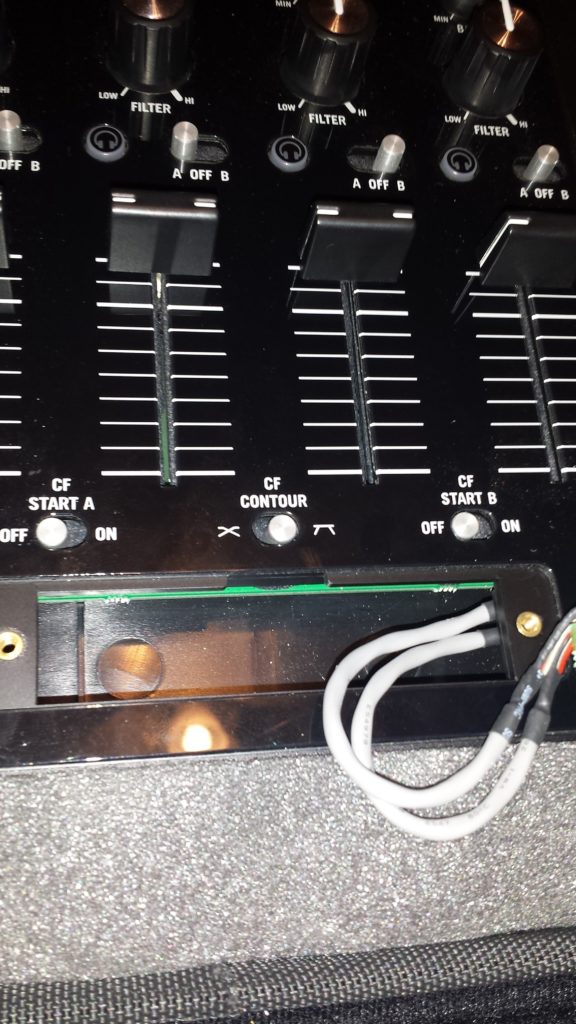 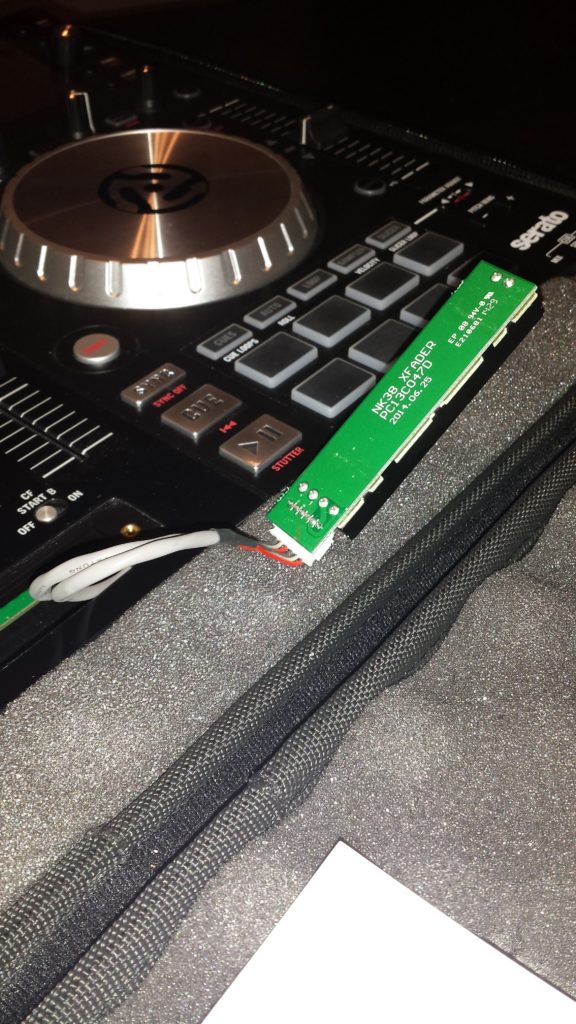 4 thoughts on “Replacing the Crossfader on the Numark NV”