DJ XCON is feeling relaxed.3 days ago
This year is full of surprises, and I never saw this one coming! I'm currently working on something a little more meditative than my last few singles while playing with 3D psychoacoustics 💫🤯💫 #meditation #psychoacoustics #calm #relax #selfcare #stayhome

DJ XCON is feeling relaxed.5 days ago
Pressure cleaning while listening to this gem... It's one of the most beautiful pieces of music I have ever heard. It's because of this composition that I finally understood the magic of Aphex Twin. #aphextwin #avril14th

DJ XCON3 weeks ago
Working on a Bandcamp page to manage my Discography. Check it out! https://xcon.bandcamp.com/🎚🎛

DJ XCON is feeling excited.3 weeks ago
I am SO EXCITED for you to hear my 2nd single, Nervous Breakdown!" In the coming weeks, it will be available on iTunes, Spotify, and other distribution channels.

Nervous Breakdown
I’m EXCITED to release a new single called, “Nervous Breakdown!” It’s a Trap banger with some Dubstep influence soon to be available on iTunes, Spotify, and other distributi…
djxcon.com
7 1    View on Facebook

IMPORTANT: For the Popout Player to work properly, you may need to set your AdBlock software to “Don’t run on this domain.”

2018 UPDATE: At the time of this recording, I was feeling in spired by 3 artists; The Submarines, Morgan Page, and the great Swedish DJ/Producer, Avicii. I dedicate this mix in Avicii’s honor, may he rest in peace.

I do not know the exact date of this album, but it was recorded in 2013. It was my attempt at producing something that was loungey (is that a word?) that would eventually explode with energy from a few massive club-banging hits. Prior to mixing this album, I was looking everywhere for inspiration. I found it in an unlikely place (YouTube) while watching an unlikely video (The Submarines, 1940 [Section Quartet Mix]), which ended up being the first track in the mix. The band recorded a YouTube video while playing the song organically, and that’s what really inspired me. This song influenced the loungey beginning for the album.  I had also been wanting to record something with a lot of lyrics. You will notice that the vast majority of tracks in the album have lyrics, which is different than many of my other recordings. For this reason, I named the album “Lexicon” (which was also a play on the letters, “le-X-i-CON.” The word “lexicon” is defined as the vocabulary of a person, language, or branch of knowledge. 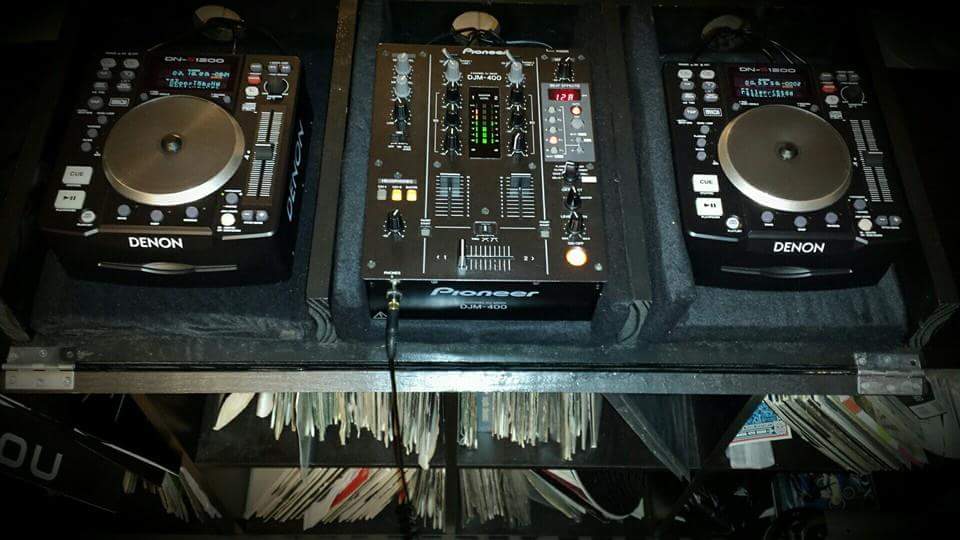 This exact setup is what I used to record the album